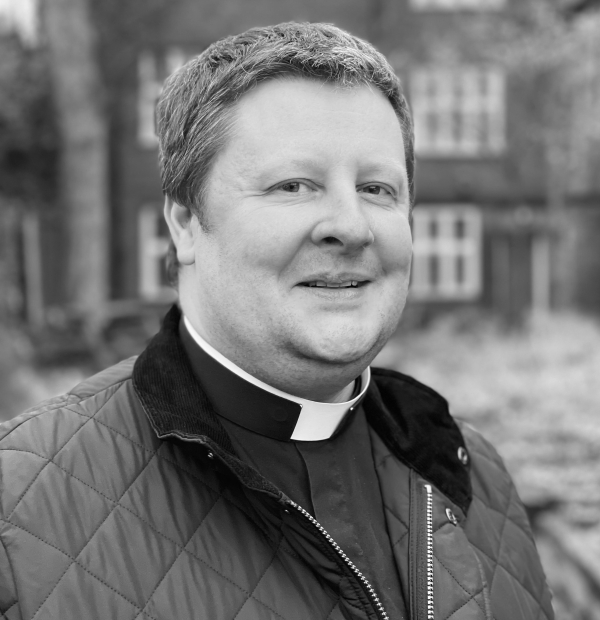 Our Parish Priest is Father Julian Sampson, who also works as a part of the Diocese of Birmingham’s Presence and Engagement Team. Father Julian was born in Devon. He studied Theology at St. David’s College Lampeter, and then worked at St. Margaret’s Church centre in Thornbury in Bradford, before training for Ordination at St. Stephen’s House in Oxford. He was Ordained in London, and completed two curacies there.
During his second curacy he was Anglican Chaplain at HMP Bronzefield women’s prison. It was during this time that he felt called to prison ministry, and he became Assistant Anglican Chaplain at HMP Birmingham in 2007. In 2010 he became Chaplaincy Manager. In 2013, he became Vicar of St. Michaels Handsworth, and shortly after this he became Priest in Charge of a neighbouring parish, Bishop Latimer Winson Green. On the 12th of June 2018, he became Vicar of All Saints Small Heath, and Catholic Lead on Interfaith Relations for the Diocese of Birmingham.

We are located in Small Heath, just south of the city center and easily reachable by all forms of transport.

Please use the map opposite as a guide.

Please feel free to contact us if you are interested in visiting us or would like to book any of the services we offer. You can contact the Clergy or PCC in writing at our address;